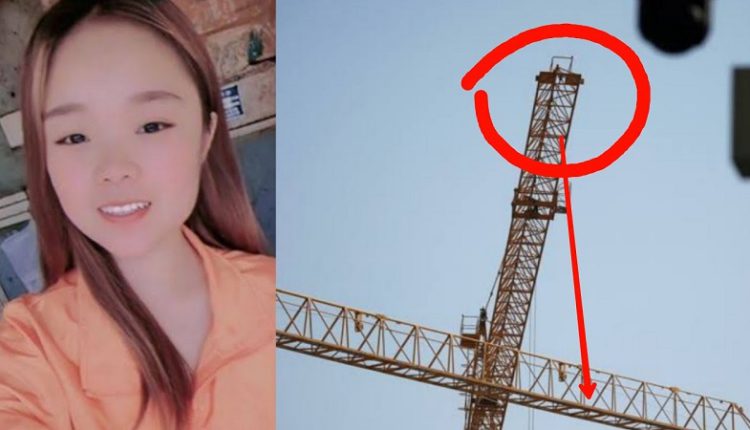 Now  a days, the younger generation is on their toes ready to do anything to become popular on social media and increase followers. Even at the stake of their lives, all they care about is fame. A similar incident has been reported in China where a TikTok star climbed a 160 ft crane to film a video and ultimately ended up falling down and losing her life.

According to reports, Geo Qumei, the deceased was a 23-year-old Chinese girl who was a social butterfly by nature. She was TikTok star and was very popular in the video making app. In expectation of more followers she was making this adventurous video from 160 ft above the ground.

It is being said that the incident happened while Geo was shooting the video in the crane cabin. Reports convey that she was still live while falling from the crane to the ground.