The plane crashed into an electricity pole on November 27. The occupants of the plane were rescued after much efforts by the authorities. 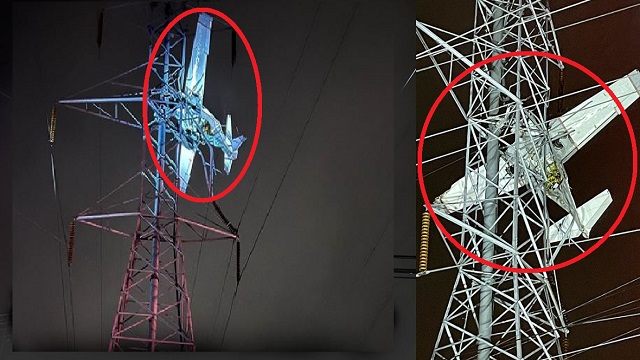 In a recent incident, a plane crashed into electricity pole, knocking off the electricity supply of around 80,000 residents in the US. The accident took place on November 27, in the Maryland region of the US. The small plane that crashed into a transmission tower was caught in a difficult web of power lines that seemed to be about 100 feet up in the air.

The accident caused a massive power outage throughout the area and affected over 90,000 residences and several businesses. The county schools and offices were declared closed for Monday due to the power outage. The plane was flying with two occupants. One was the pilot, Patrick Merkle, and a passenger, Jan Williams. Both of them were carried out of the plane safely. Neither of them was reported to be severely injured.  While the authorities devised a strategy to rescue the two occupants, they also remained in constant touch with them, as the plane remained dangled between the wires. They were also instructed to save the battery life of their phones in order to be able to remain in constant touch with the rescuers.

The plane crashed into the electricity pole in a commercial area during rains. The crash is to be properly investigated by FAA and National Transportation Safety Board. Several possibilities are being estimated to be the reason behind the crash. However, nothing has been ascertained yet. Further investigation on the case is underway.