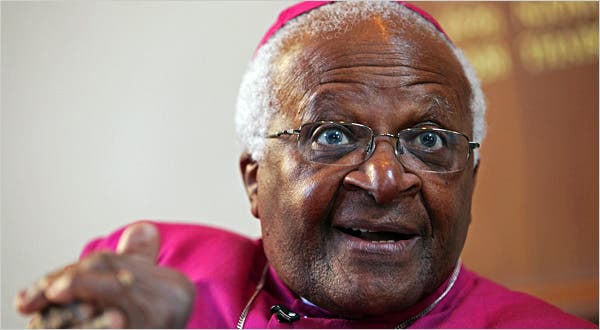 Johannesburg: Desmond Tutu, the world-famous South African Archbishop and also a Nobel Peace Prize laureate, has passed away at the age of 90.

In a series of tweets on Sunday, President Cyril Ramaphosa said: “The passing of Archbishop Emeritus Desmond Tutu is another chapter of bereavement in our nation’s farewell to a generation of outstanding South Africans who have bequeathed us a liberated South Africa.

“Desmond Tutu was a patriot without equal; a leader of principle and pragmatism who gave meaning to the biblical insight that faith without works is dead.

“We pray that Archbishop Tutu’s soul will rest in peace but that his spirit will stand sentry over the future of our nation.”

The well-known Archbishop, Tutu was well known for his cheerful demanour, while always donning his purple clerical robes.

Archbishop Tutu was awarded the Nobel Peace Prize in 1984 for his efforts to end the apartheid system.

When Nelson Mandela became the President in 1994, Archbishop Tutu was appointed to the Truth and Reconciliation Commission set up to investigate crimes committed by both whites and blacks during the apartheid era.

Indian-American astronaut to be promoted to US Air Force…