Pakistan, Saudi Arabia's Embassy and the Australian High Commission in Islamabad have asked their citizens to remain alert. 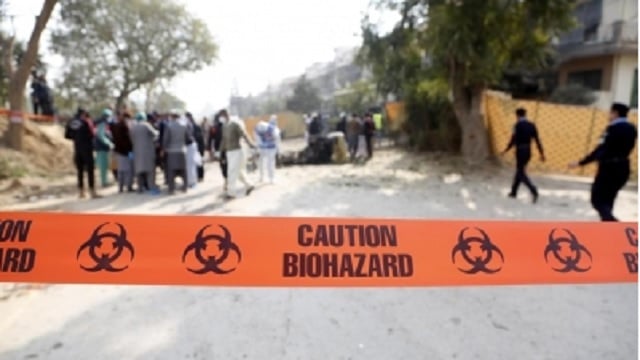 Islamabad:  In the wake of recent terror incidents in Pakistan, Saudi Arabia’s Embassy and the Australian High Commission in Islamabad have asked their citizens to remain alert and limit their movements in the country.

The Saudi Embassy has issued a security alert for its citizens in Pakistan, advising them to remain careful and limit their movement, The News reported.

The alert advised to Saudi citizens planning to travel to Pakistan and those in the country asking them to be cautious and not venture out except for any necessity.

“The security of Islamabad has been placed at the highest level,” stated the advisory, adding that Saudis should contact the embassy and consulate if the need arose.

Neil Hawkins, the Australian High Commissioner, said officials in Islamabad had been advised to increase vigilance and limit travel within the city, The News reported.

“You should exercise heightened vigilance and monitor the media for latest updates,” he said on Twitter.

The warnings came a day after the US embassy stopped its staff from visiting the Marriott Hotel in Islamabad due to fears of an attack.

A few other foreign missions have also advised their staff and citizens to restrict their movement for some time during the ongoing holidays, particularly until January 1, 2023.

Earlier, Islamabad Police beefed up security to high alert in the capital with an enhanced checking at all entry and exit points, The News reported.

They also requested the public to cooperate during inspections.

The advisories were issued in the wake of a suicide bombing in the federal capital on December 23, which claimed the lives of a policeman and a taxi driver.

According to the Islamabad-based Pakistan Institute for Conflict and Security Studies (PICSS), it was the first suicide attack in the capital since 2014.

Cumulatively, the country has experienced 504 suicide attacks over the last 22 years, causing 6,748 deaths and 15,111 injuries, The News reported.