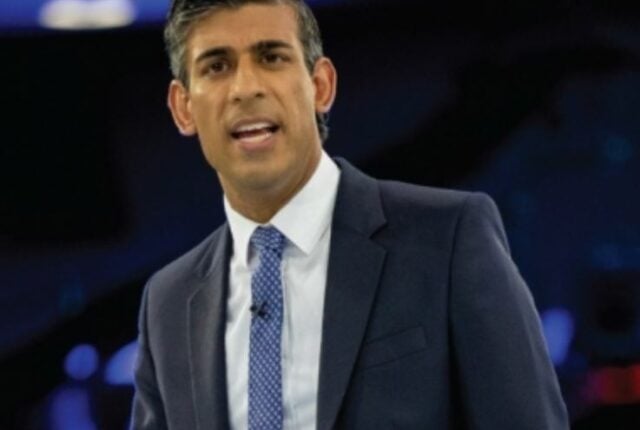 London: Amidst an ongoing political turmoil in the UK, former Chancellor Rishi Sunak is close to reaching the threshold of receiving 100 MP endorsements needed to enter the race to become the next Prime Minister and leader of the Conservative Party, a media report said on Saturday.

So far, Sunak has received 93 endorsements from Conservative MPs, the BBC report said.

Former Prime Minister Boris Johnson, who is expected to arrive in London on Saturday from a vacation in the Carribean, is in second place with 44 endorsements.

Sunak and Johnson are however yet to officially declare their bids in the contest to succeed Liz Truss who resigned as head of government on Thursday after only 45 days in office — the shortest period for any British Premier in history.

“It is abundantly clear that Rishi Sunak has what it takes to match the challenges we face, he is the right person to lead our party and take the country forward,” Javid said.

Speaking to the BBC on Friday night, Trade Minister James Duddridge, a Johnson supporter, said the former Prime Minister had “momentum and support”

“He is coming home and is up for it. He is the only election winner we have that has a proven track record in London, on Brexit, and in gaining the mandate we have now,” he added.

Another contender in the race is Penny Mordaunt, the current leader of the House of Commons, has 21 supporters so far. She was also the first to declare that she was in the running.

The contenders have until 2 p.m. on October 24 to get the required 100 endorsements. If three reach the threshold, Conservative MPs will knock one out in a ballot on the same day, the BBC reprted.

MPs will hold an “indicative” ballot of the final two, with the winner then decided in an online vote of party members, to end on October 28.