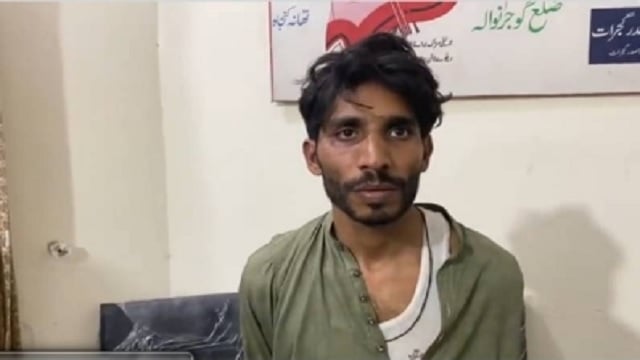 Lahore: The police investigation into the attack on former Pakistan Prime Minister Imran Khan during his long march has revealed that suspect Naveed is a drug addict and his statements regarding the incident are “doubtful”.

According to Express News, during the interrogation the accused admitted to opening fire on Khan’s container in Wazirabad on Thursday.

The suspect told the police that he bought 26 bullets along with a pistol through a man named Waqas from Wazirabad.

Police sources said the polygraph test of the accused could also be conducted to dig out more information, The Express Tribune reported.

The family members of the accused were also detained while the bullet shells had been recovered from the crime scene which will be sent for forensic examination, sources added.

During interrogation with major investigation agencies including Counter Terrorism Department (CTD), the accused revealed that first he tried to attack the PTI chief from a roof of the mosque but he was not allowed to go there due to Asar prayer, The Express Tribune reported.

The accused reached the crime scene through the bypass road where he asked the people participating in the march to turn off the loudspeaker playing party’s anthem, as per sources.

According to the police investigation, the accused opened a full burst at a distance of fifteen to twenty steps from the container.

The bullets in the pistol were homemade and the weapon got jammed after he fired eight bullets.

Meanwhile, the police have arrested two more suspects in connection with the investigation into the attack on PTI’s long march.

Seven civilians were killed and six others injured as…

33 people were killed due to a landslide in Colombia

The suspects were arrested on the identification of prime accused Naveed.

The suspects have been identified as Waqas and Faisal Butt, Express Tribune reported.

He initially remained in the custody of the district police. On Friday, he was moved to Counter Terrorism Department centre at Chung for further investigation.

The investigators also grilled the accused to find out if there was any mastermind of the attack.

The suspect, however, did not point out to anyone during the initial investigations. He remained firmed that he acted alone and said some speeches of Imran Khan hurt his religious sentiment. His mobile phone reportedly had those clips, The Express Tribune reported.

He also told the investigators that he used to hear the speeches of few religious scholars. The clips of Israr Ahmad, Late Maulana Khadim Rizvi and his son Hafiz Saad Rizvi were also recovered from his mobile phone.

Naveed told the investigators that he was frustrated because the PTI chief was allegedly misleading the nation and had also uttered “blasphemous and anti-religion words”.

He said that as he opened fire, the guards at the container shot at him and a bullet fired from guards hit the PTI supporter Moazam, killing him on the spot.

So far the investigations could not find out any evidence that could lead them to the involvement of another shooter unlike the claims of the PTI leadership.

An FIR of the incident is yet to be registered.

‘Westworld’ has been cancelled after four seasons