Pakistan officially nominates Turkish President Tayyip Erdogan for the next Nobel Peace Prize for his efforts to resolve the Ukrainian crisis. 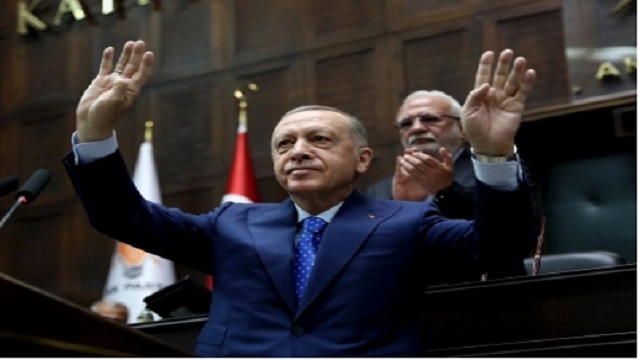 Islamabad:  Pakistan Senate Chairman Sadiq Sanjrani has written to the Norwegian Nobel Committee backing Turkish President Recep Tayyip Erdogan for the next Nobel Peace Prize for his efforts to resolve the Ukrainian crisis.

“The Russia-Ukraine war had quickly turned into a nuclear flashpoint that could have ended in catastrophe for the whole world. Due to his untiring efforts, timely and effective interventions with both sides, he single-handedly averted a global disaster,” Sanjrani wrote.

He further added that President Erdogan is a true statesman and a leader, who always strives for the betterment and prosperity of not just his country, but the region and the world in general.

The Senate chief underlined that the Turkish President carries the true message of the Prophet Muhammad and his teachings of peace, tolerance and love for all humanity, as he continues to dispel the myths and misconceptions related to Islamic teachings.

According to the statutes of the Nobel Foundation, a nomination is considered valid if it is submitted by a person who falls within one of the categories including members of national assemblies and national governments (cabinet members/ministers) of sovereign states as well as current heads of states, Samaa TV reported.

The Norwegian Nobel Committee is tasked with responsibility in assessing and deciding upon giving out one of the most prestigious and illustrious awards.

As envisioned by the late Alfred Bernhard Nobel in his will, the Nobel Peace Prize is given out to people who have taken exceptional action to resolve looming or ongoing conflicts towards peace.