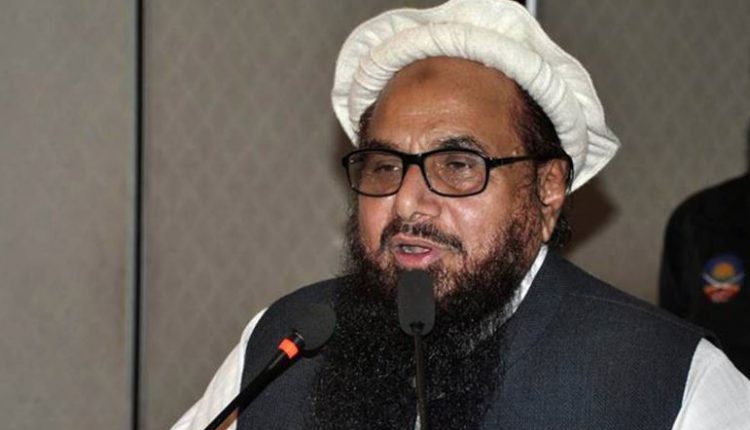 New Delhi: An anti-terrorism court (ATC) in Pakistan on Monday granted pre-arrest bail to Jamat-ud-Dawa (JuD) chief Hafiz Muhammad Saeed until August 31 against a surety bond of Rs 50,000 in a case related to the JuD’s illegal use of land for its seminary.

According to reports, two other aides of Saeed were granted the pre-arrest bail after their legal counsel insisted that JuD was not using any piece of land illegally and urged the court to accept bail pleas.

Meanwhile, the Mumbai attack mastermind and his aides have challenged the terror-financing case that was registered against them by the Counter-Terrorism Department (CTD) of Pakistan’s Punjab province.

Saeed has challenged the case in Lahore High Court (LHC) which has issued notices to the Punjab government and federal government in relation to his petition. A two-member bench of the LHC asked the parties to submit their replies within two weeks.

Hafiz Saeed and his aides have contended that the CID has “wrongly” booked them by showing them as a part of the proscribed outfit Lashkar-e-Tayyaba (LeT).

The terror financing case was registered on July 1 after the Financial Action Task Force (FATF) warned the Imran Khan-led Pakistan government that it would take necessary action if the country fails to fulfill an ‘action plan’ and take concrete steps against terror financing by October.