No plans to meet with Rouhani at UN: Trump 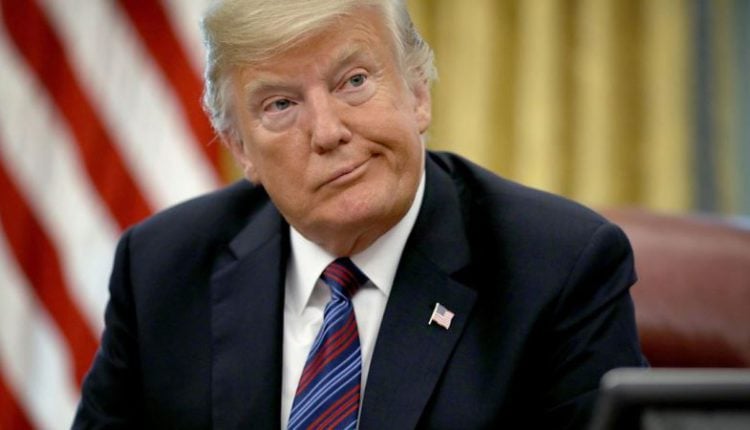 Washington, Sep 23 (IANS) President Donald Trump said Sunday that he had no plans to meet with Iranian President Hassan Rouhani during the UN General Assembly this week.

“Nothing is ever off the table completely, but I have no intention of meeting with Iran,” Trump told reporters at the White House as he prepared to leave for visits to Texas and Ohio, where he has events scheduled prior to his trip to New York for meetings with other world leaders.

“That doesn’t mean it doesn’t happen. I’m a very flexible person. But we have no intention. It’s not set up,” the US president said.

The questions about whether Trump would meet with Rouhani came in the wake of last week’s attacks on oil facilities in Saudi Arabia that Riyadh blames on Tehran.

Trump hinted in recent weeks that he would like to meet with Rouhani in an effort to improve relations and even indicated that he was open to easing the sanctions on Tehran.

Last week, however, Trump said he had ordered a significant expansion of the sanctions on Iran in the wake of the Sept. 14 attacks on the Khurais oilfield and Abqaiq processing facility, which both belong to state-owned Saudi Aramco.

Amid the tensions with Iran, Trump fired National Security Adviser John Bolton, in part, because he had opposed having a meeting with the Iranian leader in New York.

Although Rouhani had refused to meet with the US president even before the attacks on the Saudi oil facilities, Trump had apparently held out hope of having a meeting similar to the one he had last year with North Korean leader Kim Jong-un.

In addition to imposing new sanctions on Iran to cripple the economy, Trump also approved sending troops to Saudi Arabia and the United Arab Emirates in response to the Iranian attack on the Aramco facilities.

The Houthi rebels – a Shia militia engaged in a protracted civil war against the internationally recognized Yemeni government – claimed responsibility for the attack on the Saudi oil installations.

Saudi Arabia, however, said the evidence shows the drones and missiles arrived from the north – Yemen borders Saudi Arabia to the south – and both Riyadh and Washington say the attack was sponsored by Iran.

On Sunday, Rouhani urged Persian Gulf countries to rally against the United States to deter Washington from taking advantage of the ongoing conflicts in the Middle East.

Rouhani warned that sending foreign troops to the Persian Gulf and Strait of Hormuz “can cause problems.”

“We extend the hand of friendship to all our neighbours at this critical juncture,” Rohani said in an address at the armed forces parade ceremony that marks Sacred Defence Week.

“To do so, we are ready to even forgive their past mistakes, because we are in conditions that the enemies of the region, especially the United States, Imperialism and Zionism are seeking to take advantage of division,” Rouhani said.

Woman axed to death by husband in Keonjhar