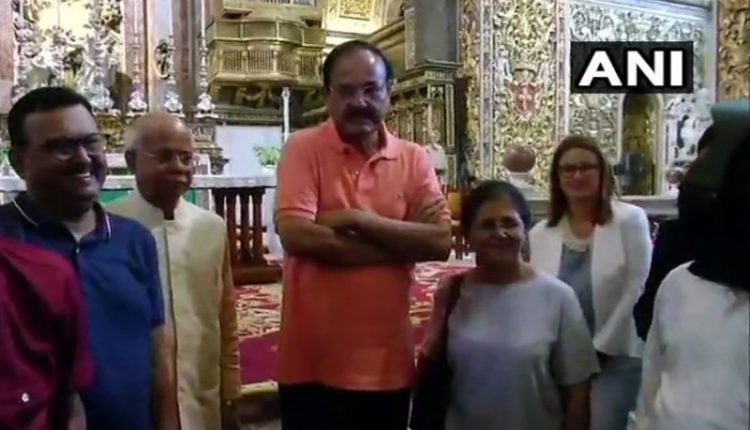 The Vice President, then, visited the Upper Barrakka Gardens here. Minister of State (Mos) for Finance, Shiv Pratap Shukla and other officials had also accompanied him.

The Vice President, while addressing the India-Malta Business Forum on Monday, had said that India is committed to be a five trillion dollar economy by 2025, and invited Maltese business firms to come and invest in India.

US: Shooting at gay nightclub leaves 5 dead, 18 injured in…

We’re on highway to climate hell with foot on the…

Naidu, who is on a three-nation tour, will visit Romania from September 18 to 20, during which he will hold talks with the President of the Senate.

Furthermore, the Vice President is slated to attend meetings with the Romanian President, Prime Minister and President of the Chamber of Deputies. Besides, he will also address the business representatives of India and Romania at a Business Forum and the Indian community during the visit.