Kashmir Will Be On Agenda During Talks With President Kovind: Swiss Govt 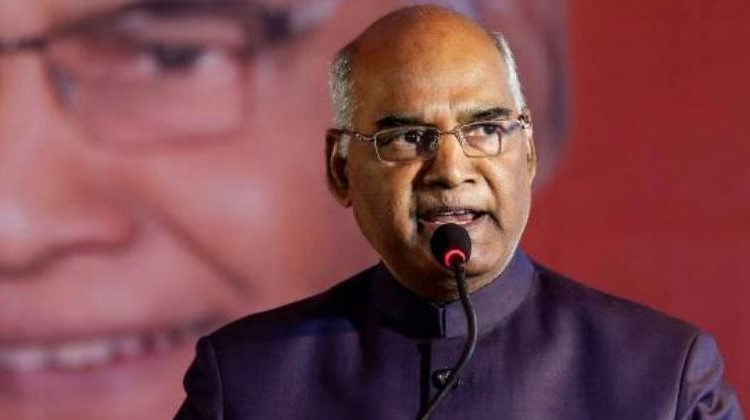 New Delhi: President Ram Nath Kovind will embark on a visit to Iceland, Switzerland and Slovenia from Monday during which he is expected to brief the top leadership in those countries on India’s “national concerns”, especially in view of terror incidents this year, including the Pulwama attack.

Ahead of the President Kovind’s visit, the Swiss government in a release said the situation in Kashmir will be among the issues that will be on the agenda during the meetings between the top leadership and Kovind.

Briefing reporters on the nine-day visit, Ministry of External Affairs Secretary (West) A. Gitesh Sarma said, “We always use these opportunities to brief each other. Just as we have issues, each of these countries have their own concerns. So this is a very good setting to hear it at the highest level what our perspective is and what is theirs. So, we will certainly use these opportunities as we can to acquaint them of our concerns.”

On J&K, these countries are very sympathetic to India with respect to the terror incidents earlier in this year, he said and added that they all understand that we all need to work together.

“This year also in the context of the Pulwama attack, their sympathies have been with India. Even though they have themselves not faced such challenges as we continue to face, they are nevertheless aware that they need to work closely with India,” he said.

President Kovind will first arrive in Iceland on September 9 and will hold talks with Iceland President Gudni Johannesson and Iceland Prime Minister Katrín Jakobsdottir. He will then visit Switzerland from September 11-15 where he will meet President Ueli Maurer and members of the Swiss cabinet.

After this, President Kovind will arrive in Slovenia on September 15. During his visit there, he will hold discussions with Slovenian President Borut Pahor and Slovenian PM Marjan Šarec.