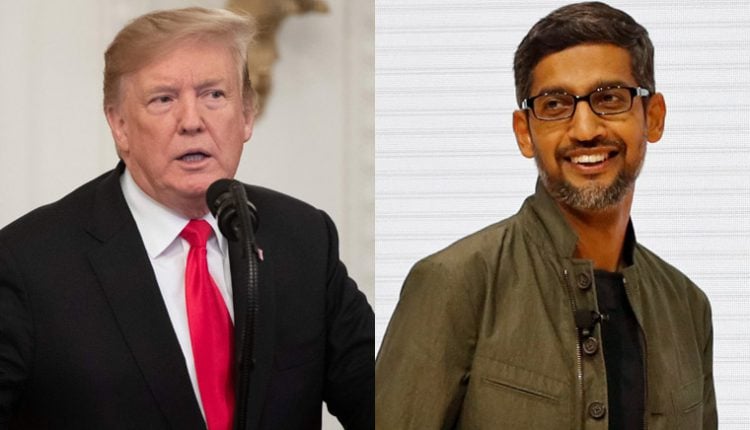 Washington: US President Donald Trump on Wednesday said that Google is totally committed to the US military as he met the internet giant’s CEO Sunder Pichai at the White House,

The President had previously accused the Google CEO of indirectly helping to boost China’s military.

Today, after a meeting with Pichai at the White House, the US President said: “Meeting ended very well”.

“Just met with @sundarpichai, President of @Google, who is obviously doing quite well,” Trump tweeted after a White House meeting. “He stated strongly that he is totally committed to the US Military, not the Chinese Military.”

However, a Google spokesperson said that the company is pleased to have productive conversations with the President.

“We were pleased to have productive conversations with the President about investing in the future of the American workforce, the growth of emerging technologies and our ongoing commitment to working with the US government,” said the Google spokesperson.

Baijayant Vs Anubhav: Will the lotus bloom or wilt again?