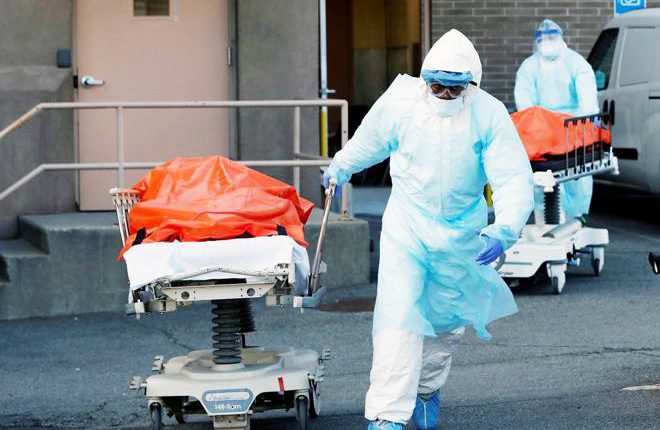 Paris: France’s Covid-19 death toll passed the 100,000 mark on Thursday, and a further jump in intensive care (ICU) admissions was also reported in the past 24 hours, suggesting that the coronavirus continues to spread unabated.

The number of Covid-19 patients in intensive care units increased by 22 to 5,924 in total. The country initially had only 5,100 resuscitation beds.

Since the start of the pandemic, over 5.18 million people in France have been infected with the virus, with 38,045 new cases confirmed in the past 24 hours.

As of Thursday, France has vaccinated nearly 12 million people (22.8 per cent of the adult population) with a first shot and 4.26 million with both shots.

Starting this weekend, teachers, school support staff, police officers, gendarmes and jail guards aged 55 and over will begin to receive the vaccine, Prime Minister Jean Castex said earlier in the day during his visit to a vaccination centre in the Paris region.

The French government aims to inoculate 20 million people by mid-May and a total of 30 million, or two-thirds of the adult population, by mid-June.

The country has already approved the use of vaccines developed by Pfizer/BioNTech, Moderna, Johnson & Johnson and AstraZeneca.

Gold Price Decreases In Bhubaneswar On Friday, Check Rates For 22 and 24 Carat Here