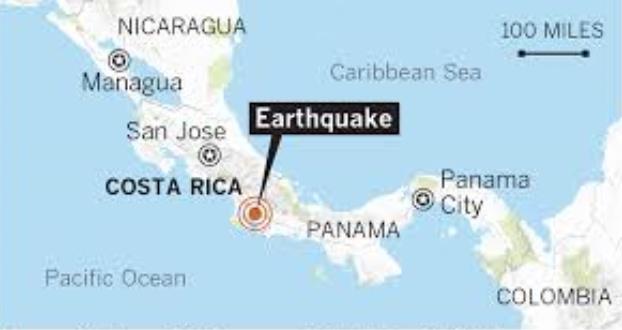 San Jose: A magnitude of 6.0 earthquake has shaken southern Costa Rica near the border of Panama on last evening. US Geological Survey reports that the quake struck Costa Rica at a depth of about 19 kilometres.

Its epicentre was about 19 kilometres north of the town of Golfito. It hit at 5:22 pm local time yesterday.

However, authorities said there was no major damage or reports of serious injuries.

Alexander Solis, president of the National Emergencies Commission, said there were a handful of localities where power failed and objects fell without serious consequences.