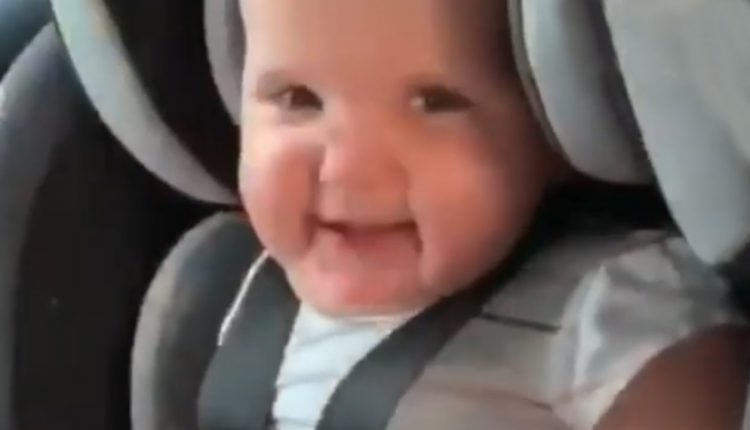 New Delhi, Feb 23 : A baby video that went viral a few months back because of her moves to the Jonas Brothers “Sucker” song, has this time around raised concern among netizens.

Last time, when it surfaced in August 2019, social media was swept off its feet by her moves. Sitting in her car chair, she wiggled enchantingly.

This time around when the same baby was seen moving to the tunes of the “Old town road” song by Lil Nas X and Billy Ray Cyrus, tweeple did go gaga all over again, but some people also raised concerns.

The parents of the baby have been criticised over security as the seat belt of the toddler appeared to be loose to allow her movement.The video posted by Rex Chapman was captioned “Some people are born with it…” showing the baby dancing and enjoying his car ride. This bothered the netizens as the seat belt was not tight enough making it clearly unsafe.

Taking to Twitter a user commented: “Someone needs to tighten that kids seat belt, that’s not safe.”

While another said, “Yo! Tighten that seat belt!”

“Wayyyy too loose in that seat and the strap needs to be up on his chest,” commented a user.

Requesting to fix the seat belt, a user posted, “Please fix the car seat. The chest plate needs to be at the chest and tightened. Being able to move like that shows that the car seat is not tight enough. Cute baby.”

Another user said, “The chest clip is a little low and the straps are to loose. Please fix it and keep this cutie safe.”

Another said, “Kids got more rythm than I ever had.”

While another said “Sooooo cute!! Smiling face with open mouth and tightly-closed eyes”

‘Dissent is essence of democracy, but can’t speak against nation’