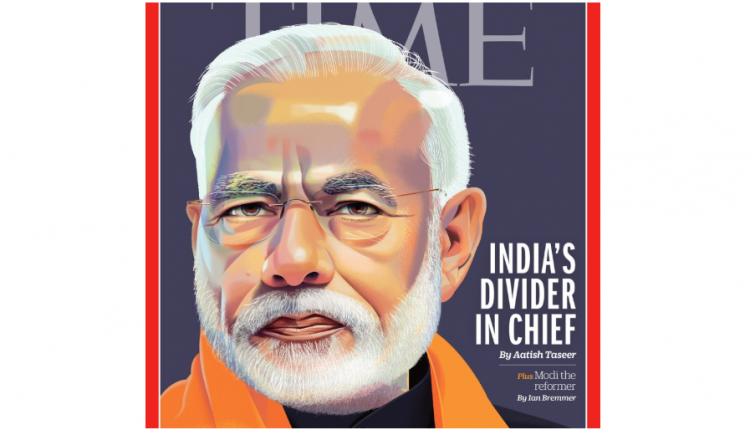 New Delhi: The Time Magazine has featured Prime Minister Narendra Modi on the cover page of its international edition, calling him ‘India’s Divider-in-Chief’.

On the other hand, a secondary headline of an article also appears on the cover page, calling PM Modi ‘the reformer’.

The American magazine’s May 20, 2019 international editions – the Europe, Middle East and Africa, Asia and South Pacific – feature the Modi cover story with the main headline “India’s Divider in Chief” while the US edition has a cover story on Democrat Elizabeth Warren who is running for the White House in 2020.

PM Modi Given A Red Carpet Welcome As He Arrives In…

The magazine also criticised the Indian National Congress by saying that the grand-old party has little to offer other than dynastic politics.