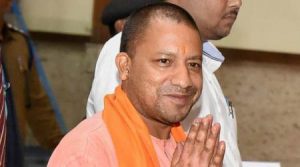 Uttar Pradesh Chief Minister Yogi Adityanath on Sunday predicted that BJP would come to power in Odisha in 2019.

“People of Odisha are inclined towards BJP post the party’s impressive performance in the recent Panchayat elections in Odisha and Assembly election in Uttar Pradesh. BJP will definitely come to power in Odisha in 2019 if each worker of the party follows the idea and instructions of Prime Minister Narendra Modi,” said the UP Chief Minister while speaking to the newsmen.

He also claimed that the saffron party would become number one both in Lok Sabha and Rajya Sabha.

Yogi also alleged that there are corruption and high poverty index in Odisha and slammed Chief Minister Naveen Patnaik.

“Naveen Patnaik has utterly failed to develop Odisha despite ruling for 17 years as 46 percent population in the state are still under below the poverty line,” he said.