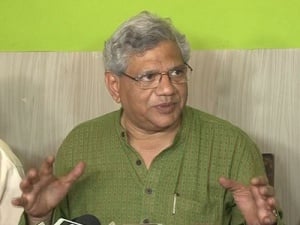 CPI (M) leader Sitaram Yechury, who is in Odisha to attend a party meeting in Bhubaneswar, would meet Odisha Chief Minister Naveen Patnaik on Thursday to seek unity among ‘Secular’ forces in selecting the next President of India.

“I will meet Odisha Chief Minister Naveen Patnaik tomorrow and say that all secular democratic forces in the country must come together and ensure that the future President of India will be somebody who will be able to provide a secular supervision as the custodian of Indian Constitution rather than somebody who will be a communal supervision,” said Yechury while addressing a press conference here on Wednesday.

While the non-BJP forces have almost decided to join hands to select a consensus candidate, Naveen Patnaik is yet to take a decision in this regard.  He has evaded the media queries on this matter so far.