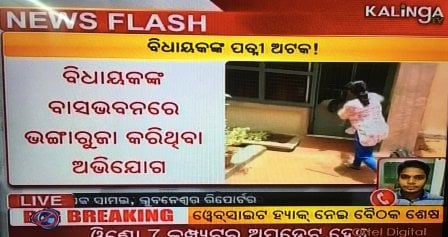 A woman claiming to be wife of Talcher MLA Braja Pradhan, ransacked his residence on Wednesday. The woman has been detained at the Kharvela Nagar police station.

The woman has been claiming that the MLA had married her in a temple and had physical relationship with her. Demanding the MLA should grant her wife’s status, she had also staged a dharna in front of his Angul residence.

Braja Pradhan, however, has been denying any links with the lady.

“I don’t know her. I have no idea why she is making such claims,” said the MLA.