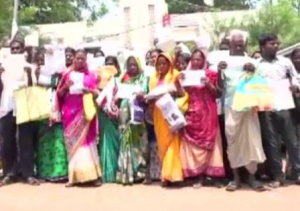 Chief Secretary Aditya Prasad Padhi on Friday directed the Collectors and Superintendent of Police (SP) of each district to form a three-member team at the block level to identify the actual depositors who invested in chit fund companies in the state and lost their money in the process.

The team, which will be consist of an ASI, RI and a representative from the Panchayat, will complete the identification process by June-end.

Padhi held a meeting in this regard with the Collectors and SPs  at the state secretariat via videoconferencing and asked them to start field verification to identify the depositors immediately.

The identification process will be videographed while the depositors will have to submit documents showing their deposit to back their claim.

The Chief Secretary said that the state government will examine the list provided by Justice MM Das Commission of Inquiry formed to probe the multi-thousand-crore chit fund scam in the state and also the suggestion of the Orissa High Court in this regard.

According to reports, while the Inquiry Commission has identified around 12,000 depositors, the court has recognized more than three lakh investors.