Tech Mahindra to open third campus in Bhubaneswar by 2018 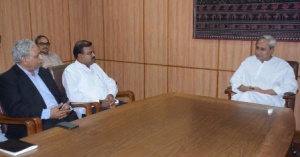 Bhubaneswar: IT giant Tech Mahindra will open its third campus in Bhubaneswar by 2018.

The announcement was made by Chief Executive Officer (CEO) and Managing Director (MD) of the company C P Gurnani after meeting Chief Minister Naveen Patnaik here on Monday.

With completion of the Tech Mahindra’s second campus, its head count will increase to nearly 2,000 people. Currently, the capacity is about 1000, officials said.

About 3,000 have been employed in the Tech Mahindra’s existing infrastructure in the capital city of Odisha.

Sources said the IT Company has plans to invest Rs 500 crore on its Odisha centre over the next five years.