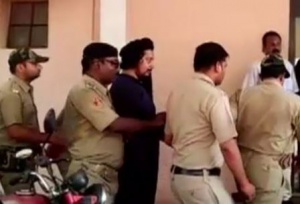 Suspected Al-Qaeda in Indian Subcontinent (AQIS) operative Abdur Rehman was sent back to Tihar jail in New Delhi after being produced before the Salipur Judicial Magistrate First Class (JMFC) court on Monday.

Rehman, who was supposed to stay at Choudwar Jail in Cuttack till May 17 following his counsel’s request to the court, was sent back to the Tihar jail as he has to depose in the Patiala House Court in the national capital on May 23.

The suspected AQIS operative was produced before the Salipur court on the basis of an appeal made by the Special Task Force (STF) of the Crime Branch, which is probing the case.

Rehman will be produced before the court once again on May 29.