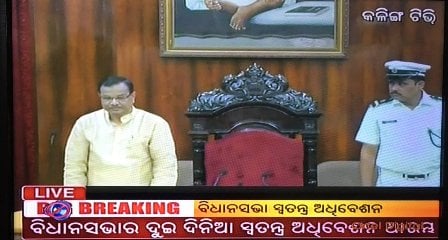 A special two-day session of the State Assembly to clear GST and VAT amendments began on Thursday.

The session commenced after the House paid obituaries to former members of the Assembly, who died recently.

After Finance Minister Sashi Bhusan Behera moved the Odisha GST legislation for discussion, the house was adjourned till 3 PM as opposition sought more time to present its stance.

Following the adjournment, the Speaker has called for a business advisory meeting to discuss the legislation.