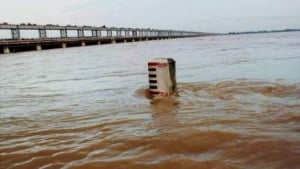 In a letter to Mahatab, Balyan said that as per Section 4 (1) of the Inter State River Water Dispute (ISRWD) Act 1956, the Central government has formed a Negotiation Committee for amicable settlement of Mahanadi water dispute betweethe two neighbouring states.

There was no representation from the Odisha government in the first meeting of the Committee held on February 28, he pointed out.

The BJD MP had raised the Mahanadi water row in the Lok Sabha on April 11, 2017 and asked the Union government to direct the Chhattisgarh government to stop the project and also to form a tribunal.