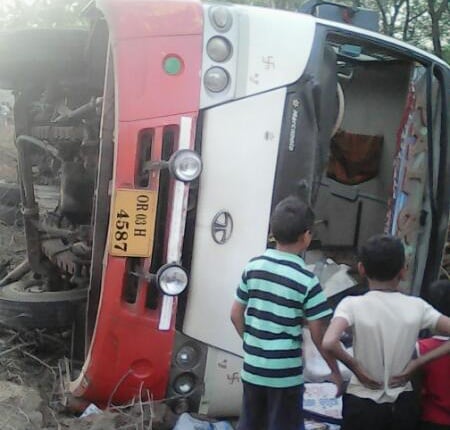 Balangir, Apr 09: At least seven persons were injured and another two were critical after a bus overturned at Dokara near Patnagarh in the district here on Sunday.

According to reports, the private bus ‘Pal&Pal’ (OR-03-H-4587) turned turtle at Dokara while going to Patnagarh from Madhyapur with around 50 passengers.

The injured have been admitted to Patnagarh hospital.