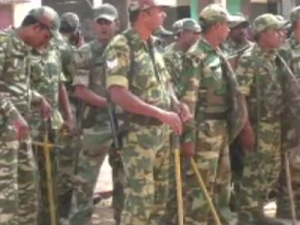 The Bhadrak district administration on Sunday extended Section 144 for 24 hours till 10 AM tomorrow at different places of the district as tension prevails in the localities over the recent house torching incident.

Prohibitory Orders have been extended for 24 hours at Dhamnagar Square, Palikira, Dhobal and Bhagbanpur of the district. Meanwhile, five suspects in the case have been arrested by the police.

As many as 15 platoons of police forces have been deployed to maintain law and order in the areas.

It can be noted that fresh tensions erupted after some miscreants set four houses of a particular community on fire at Dhamnagar Bazaar on Friday night. The District Administration has already announced compensation for the affected people.