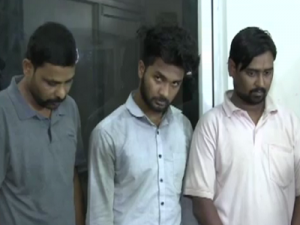 According to reports, police arrested the accused who have been identified as Ranjit Prasad of Makhanapada village in Sambalpur district, Pramod Nayak alias Prasanta of Talarpasi village in Dhenkanal district and Pradeep Kumar Sabar of HAL Township in Koraput district.

At least 19 vehicles, including pickup vans, SUV, Bolero, power tillers, trucks and motorcycles were also recovered from them.

The trio along with the mastermind of the gang Babu King alias Sarfaraj Khan and his associates Sonu Agrawal used to lift the vehicles from different places of the state.

Earlier, Khan was arrested by the police. Meanwhile, efforts are on to arrest the other two members of the gang who are still at large.