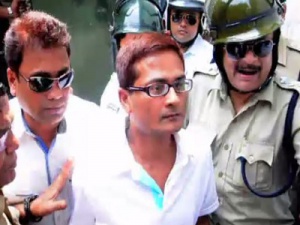 The Economic Offences Wing (EOW) of Crime Branch of Odisha police on Wednesday produced Rose Valley Group of Companies’ chief Gautam Kundu in a specially-designated court in Balasore, which later remanded him to four-day remand.

Earlier, the probe agency produced Kundu before the court after the completion of his four-day remand and sought permission to take him on a fresh remand for five more days for further interrogation.

The investigating agency is said to have extracted crucial information on the money trail of the chit fund company and the list of the investors during Kundu’s remand period. Besides, it asked the accused whether the company had invested money in foreign countries.