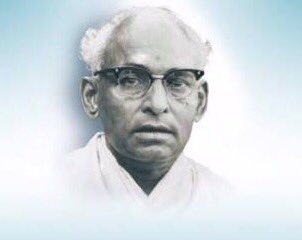 A man of Honour and Integrity, Humble, Down to Earth, yet known for strong administration, late Sadashiva Tripathy was the Chief Minister of Odisha from 21st February 1965 to 8th March 1967. An indebted State pays rich tributes to the late leader on his birth anniversary today.

Born on 21st April, 1910 in Nabarangpur, Sadashiva Tripathy was a Gandhian and participated in the freedom struggle. He was jailed many times, but that did not deter him from mobilizing mass support in the rural pockets of undivided Koraput district and spearheading the agitation against the British rule.

During his stint with the Odisha Government, he piloted Odisha Zamindary Abolition and Land Reforms Bill and did his best for the tribal upliftment. He was a social reformer. His contribution to the electrification of Lord Jagannath Temple in Puri and promulgation of Odia as the official language of the State as well as setting up the Barabati Stadium will be remembered forever.

Known as a Honest, Clean, Transparent and Statesman, Dr. Sadashiva Tripathy had breathed his last on 9th September 1980.