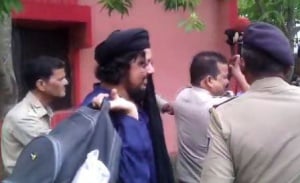 The Special Task Force (STF) of the Odisha Crime Branch also submitted a 574-page chargesheet against Rehman, who was arrested on December 16, 2015 on charges of radicalizing youths for terror activities.

The suspected AQIS operative was kept in Malgodown police station after being brought to Odisha from Tihar Central Jail in Delhi yesterday before being presented in the court.

Police had earlier produced him before the Salipur court on May 15. But hearing in the case could not take place due to the absence of the judge. The hearing could not happen on another occasion too as the STF was not ready with the documents pertaining to the case.