Rajya Sabha Bypoll in Odisha to be held on May 25 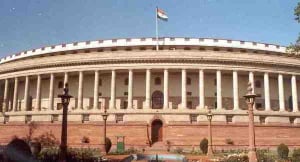 Hours after BJD Supremo Naveen Patnaik hinted at taking back the leaders, who left or expelled earlier, to the party fold, the Election Commission of India has announced the date for Rajya Sabha bypoll in Odisha, which triggered a massive political debate yet again.

The Rajya Sabha bypolls for one seat each in Odisha and Manipur to be held on May 25. Notifications to be issued on May 8. Last date of filing nomination will be May 15. Nomination papers would be scrutinised on May 16, while last date for withdrawal of nominations would be May 18.

The Rajya Sabha bypoll in Odisha was necessitated following the resignation of BJD leader Bishnu Charan Das, who was appointed as the Vice Chairman of the State Planning Board. Anyone, who wins the bypoll, will continue to be in office till 1st July, 2022.