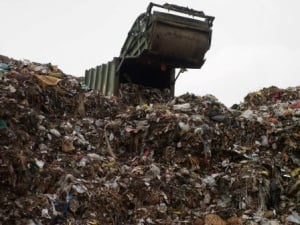 Bhubaneswar: Odisha Chief Secretary Aditya Prasad Padhi on Wednesday clarified that the proposed Waste to Energy Treatment Plant will be set up in Bhuasuni on the outskirts of Bhubaneswar despite the protests by villagers.

After chairing a high-level meeting at the secretariat, Padhi said that the National Green Tribunal (NGT), Eastern Zonal Bench, Kolkata, has instructed the Odisha government and police to provide necessary security to set up the plant in Bhuasuni.

Speaking about the controversial treatment plant, Bhubaneswar Municipal Corporation (BMC) Commissioner Krishan Kumar said, “The pollution control board will conduct a public hearing in this regard on June 6 and the state government will provide all the support for the hearing.”

“Officials of the state government, police and BMC are committed to the project as it is an order of the NGT,” he added.

Alleging that the foul smell emanating from the garbage dumped in the area had made their lives miserable, the locals have been protesting against the dumping yard at Bhuasuni and have resorted to agitation on several occasions. They have demanded relocation of the dump yard from their area.