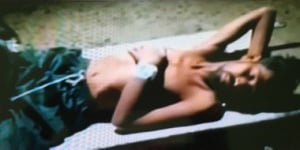 While political blame game has already begun on this issue, Odisha DGP KB Singh has ordered a probe into the circumstances under which Babula went missing and what happened thereafter. He further added that once Babula recovers, he would be able to give a statement.

While BJD has passed the blame to BJP, saying it was the latter’s responsibility to ensure safety and security of all kin of freedom fighters’ who were felicitated by the PM.

The BJP has yet again accused State Energy Minister Pranab Prakash Das and former Minister Rabi Narayan Nanda, saying their call records should be scanned to find the truth.

The Congress Party has slammed the BJP and said the party just believes in self propaganda, not in honouring the heroes or their family members.