Pratap Deb for Rajya Sabha; Pradip Amat to be Speaker 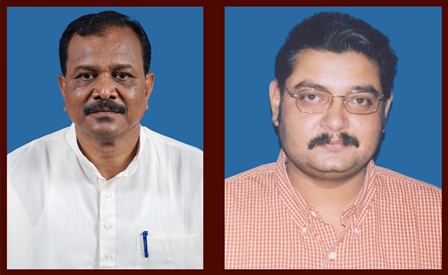 Clearing the air on the BJD’s nominee for Rajya Sabha, Chief Minister Naveen Patnaik, on Thursday, announced Pratap Keshari Deb as the party’s candidate for the Upper House by-poll. He also announced that Pradip Amat will be the next Speaker of the Odisha State Assembly.

The name of former Minister and party spokesperson Pratap Keshari Deb, who lost the last election from Aul constituency in Kendrapara, was doing the rounds for the Rajya Sabha seat since long. The BJD chief gave his nod soon after returning from his five-day Delhi visit.

The seat had fallen vacant after Bishnu Das was asked to resign from the Upper House and was appointed as the Deputy Chairman of Odisha Planning Board.

The BJD Supremo also confirmed that Boudh MLA Pradip Amat will take over as the Speaker of the Odisha Assembly. Amat had resigned as the Finance Minster prior to the Ministry reshuffle.