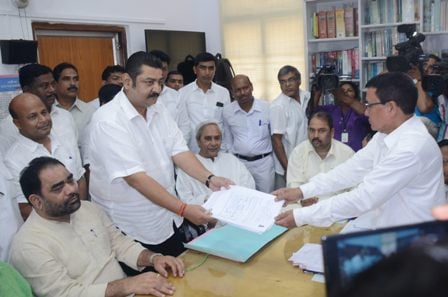 Senior leader of the BJD and party spokesperson Pratap Deb filed his nomination papers for the by-poll for the lone Rajya Sabha seats from Odisha, in the presence of party president and Chief Minister Naveen Patnaik on Monday.  The Rajya Sabha by-poll is scheduled to be held on May 25, and the election process will be completed by May 27.

The Rajya Sabha seat fell vacant after Bishu Das resigned from the post, following his appointment as the Deputy Chairman of Odisha State Planning Board.