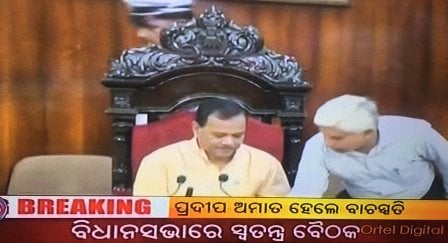 Boudh MLA Pradip Amat and former Finance minister was elected as the Speaker of Odisha Legislative Assembly on Tuesday. The decision was formally announced by Deputy Speaker Sanand Marandi. This is his second stint as the Speaker.

The BJD leader had filed his nomination on Monday in the presence of Chief Minister Naveen Patnaik. The post of Speaker was lying vacant after previous Speaker Niranjan Pujari resigned from his post, following his appointment as the Minister of Industries and Urban Development.