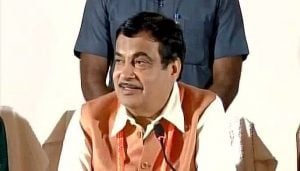 While addressing BJP’s National Executive Meet on the second and final day in Bhubaneswar, Prime Minister Narendra Modi vowed to make India corruption-free. This was informed by Union Minister Nitin Gadkari at a press conference on Sunday.

While briefing the newsmen about the speech of Prime Minister in the meet, Gadkari said, “PM Modi said about the development and changes he wants to see in the country. His speech was about a corruption-free India.”

“BJP is giving importance to the formation of New India through proper implementation of different welfare schemes and the economic development of the county,” said the Prime Minister.

Speaking about BJP’s Odisha Mission, Gadkari said that the saffron party will become stronger in Odisha. Besides, he informed that Modi appreciated and thanked the leaders of the sate unit of the BJP for making the two-day National Executive Meet a successful one.