Over 100 houses gutted in Fire in Dhenkanal District 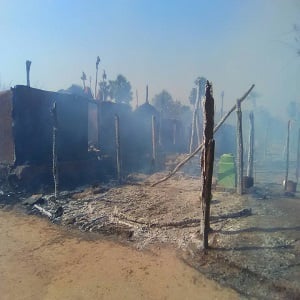 More than hundred houses were reduced to ashes, as a major fire broke out at Dhobaninandara village under Hindol block in Dhenkanal district on Tuesday.

At least four fire brigades were engaged to douse the fire, reason of which is yet to be known. Though there were no immediate reports of any causalities, properties worth lakhs of rupees were destroyed in the fire.

Local administration along with the police officials rushed to the spot after getting information about the fire mishap.

Meanwhile, the locals demanded relief and compensation from the district administration.