OPCC does not require change in Leadership: Sura Routray 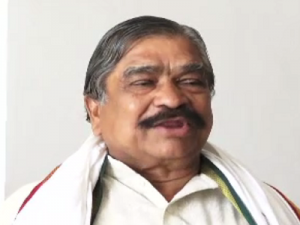 While the rumour of the change of the Odisha Pradesh Congress Committee (PCC) President is making a buzz in the political circle, senior Congress leader and former Excise Minister Suresh (Sura) Routray on Tuesday strongly backed PCC President Prasad Harichandan and said there is no need for any change.

“Those who want to leave the party (Congress) can and should leave, but should not give any anti-party statement. There is no need of change of the PCC Chief,” Routray said while speaking to the newsmen in Bhubaneswar.

He also alleged that all the senior leaders who are blaming Harichandan for the party’s debacle in the recent Panchayat election, had approached the PCC Chief for tickets. He took a dig at them, calling them losers.

On the other hand, reacting to Routray’s statement, former PCC president Niranjan Patnaik admitted the inefficiency of Harichandan. However, he was hopeful that Congress will once again form government in Odisha.