Odisha No 1 in country in distributing land pattas under FRA 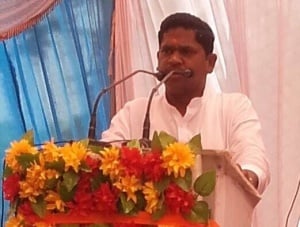