Odisha Govt to procure record quantity of Paddy from 19 Districts 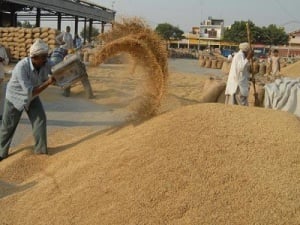 The Odisha government on Tuesday announced to procure record quantity of paddy from 19 districts in the state in 2017.

According to reports, the Rabi Paddy procurement will be completed between May 1 and June 30.

A meeting was held under the chairmanship of Chief Secretary AP Padhi to decide the action plan for paddy procurement this year. Food Supplies Secretary Pradipta Mohapatra and members of the Paddy Procurement Committee attended the meeting at the Secretariat in Bhubaneswar.

The meeting decided to make online payment to the farmers during the paddy procurement.