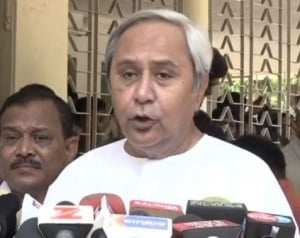 In a big development, Chief Minister Naveen Patnaik has hinted at a ministry reshuffle very soon, saying he is not ruling it out. The CM also revealed that many Ministers have approached him with the wish that they would to work for the party at the organisational level.

The hint is enough to derive the conclusion that some of the incumbent Ministers will be assigned with the task of strengthening the organisation at the grass root level to counter a rejuvenated BJP, which has full support of PM Modi and strategist Amit Shah.

Some new faces as well as experienced ones may get the nod in the Ministry reshuffle, which may take next week after the return of Governor Dr. SC Jamir from vacation.

CM Naveen also remained unfazed about the upcoming visit of BJP President Amit Shah, saying “we have a strategy to counter any challenge”. He also confirmed that BJD will make his stand clear only after NDA announces its candidate for the upcoming Presidential Polls. The CM today held a review meeting with newly-elected PRI representatives of Kandhamal and Boudh.