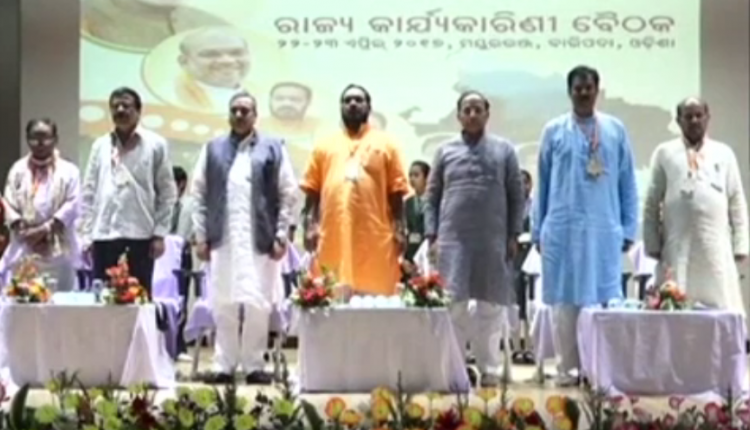 The state unit of BJP began its two-day executive meeting from Saturday at Sahid Smruti Bhawan in Baripada in Mayurbhanj district. However, two senior leaders Bijoy Mohapatra and Dilip Ray skipped the meet, fuelling speculations and rumours in the political circle.

On this occasion, the saffron party leaders marched in a rally from the Circuit House to the venue of the meeting. Later, a meeting of the office bearers, chaired by party’s State president Basant Panda, was held ahead of the state executive meeting.

Odisha BJP in-charge Arun Singh and National Joint General Secretary (Organization) Saudan Singh were among many others who attended the meeting on the first day.

Apart from preparing the blue print for the forthcoming ULB elections in 2018 and 2019 general elections, the party is expected to draw strategies on Jan Dhan, Van Dhan and Jal Dhan, highlighted by Prime Minister Narendra Modi at the recently concluded national executive meeting at Janata Maidan in Bhubaneswar.