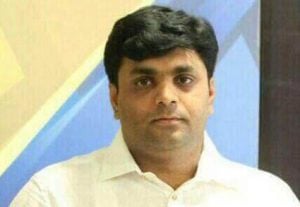 After holding the post for seven long years, Sanjay Dasburma finally had to give passage to Amaresh Patri, who has been appointed as the President of BJD’s Youth Wing – Biju Yuva Janata Dal. Amaresh was the Vice President of Biju Chhatra Janata Dal.

MLAs Byomokesh Ray, Pranab Balabantray, Anubhab Patnaik and Manas Madkami have been appointed as the Advisors. Sanjit Mohanty will be the new Working President, while Sisir Parija will be the Secretary General. 10 General Secretaries were also appointed.

Rana Pratap Patra has been appointed as the new President of BJD’s Student Wing – Biju Chhatra Janata Dal. Chinmay Sahoo will be the Advisor. Debi Ranjan Tripathy will be the Working President. Hari Shankar Rout will be the Secretary General.