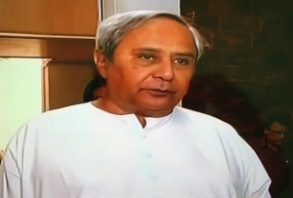 Odisha CM Naveen Patanik, who has embarked on a five-day visit to New Delhi today, has revealed his agenda while talking to the reporters. The main priority will be on the upcoming NITI Aayog meeting on April 23.

The CM made it clear that he would strongly present Odisha’s case for the special category status for the State. We will keep fighting till our demands are met, he said.

Apart from this, CM Naveen Patnaik is also scheduled to meet several Union Ministers during his visit to Delhi. Although it’s not confirmed, he could meet Finance Minister Arun Jaitley and Railway Minister Suresh Prabhu among others, it is believed.