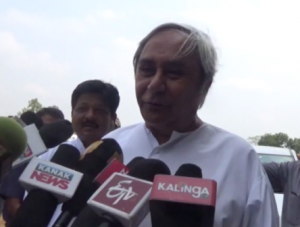 Baripada: Chief Minister Naveen Patnaik visited the Pandit Raghunath Murmu Medical College in Baripada, the headquarters of Mayurbhanj district, and took stock of the progress in the construction work and held discussion with senior officials here on Thursday.

This was the first visit of the Chief Minister after the medical college was allowed to admit 100 seats in this session by the Supreme Court’s Oversight Mandate Committee recently.

Speaking to the reporters, Patnaik said, “The Medical College is a dream come true for the people of Mayurbhanj. I am satisfied with the on-going construction work.”

“I will review the progress of work every two weeks and ensure that the institute becomes functional this educational year,” Patnaik added.

Admission to the institute was uncertain as the Medical Council of India (MCI) had not issued the Letter of Permission (LoP). However, the Supreme Court’s Mandate Oversight Committee on May 14 gave its green signal for admission of 100 MBBS undergraduate seats for the 2017-18 academic sessions.

The Odisha government had sought the intervention of Supreme Court’s Mandate Oversight Committee over the issue.

The Chief Minister’s personal visit to see the progress of work on the project is being seen as a desire to mend fences with the people of Mayurbhanj, who had given a resounding thumbs-down to the ruling BJD, which managed to win just 5 out of the 56 zila parishad seats in the district, during the three-tier panchayat polls in February.