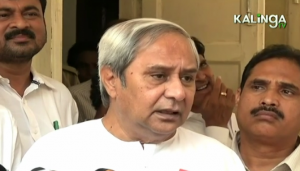 CM Naveen Patnaik draws attention to the heavy Odia population in Mumbai, saying many people from the State depend on the financial capital of India to earn their livelihood. Hence, Odisha need more trains and increase in frequencies of other trains to cater to the demand.

The CM urged the Railways Minister to convert the Weekly trains between Mumbai and Bhubaneswar to Daily.