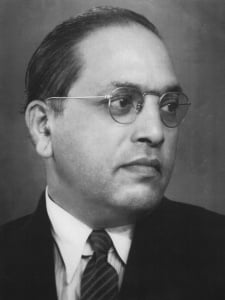 Nation today pays homage to Dr. Bhimrao Ramji Ambedkar, chief architect of the Constitution of India, on his 126th birth anniversary. Floral tributes were paid at Babasaheb’s Statue in various parts of the country.

To mark the occasion, Prime Minister Narendra Modi visited Deekshabhoomi , the place where Ambedkar embraced Buddhism with his followers on the occasion of Ashok Vijaya Dashami on October 14, 1956, to pay tribute to the greatest Dalit icon of the country.

The Prime Minister released two special commemorative postal stamps – one depicting Deekshabhoomi and the other with twin pictures of Lord Gautam Buddha and Dr. Ambedkar.

Bharat Ratna Dr. Babasaheb  Ambedkar was born on the 14th of April, 1891, at Mhow in Madhya Pradesh, which is now known as Dr. Ambedkar Nagar. He had struggled for the socio-economic upliftment of untouchables across the country.