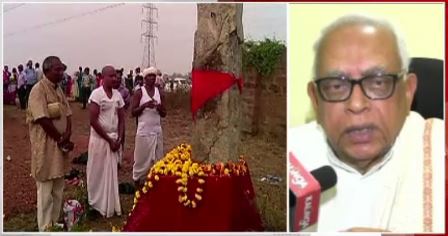 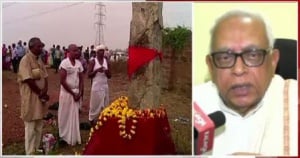 A day after the Odisha Cabinet approved the report submitted by Commission of Inquiry on Kalinga Nagar police firing incident in 2006, Leader of Opposition Narasingha Mishra raised questions over the report on Friday.

Mishra said that it was very unfortunate that the Cabinet approved the report, which found no one guilty while many innocent people were killed mercilessly.

“I cannot accept the report if media reports on the report submitted by the Commission are true.  Many innocent tribals were killed purposefully and palms and hands of some others were chopped off cruelly. But the Commission held no one responsible,” said the Leader of Opposition.

He also questioned the publication of the findings of the commission in the media ahead of its presentation in the State Assembly.

“The Cabinet decided to present the report in the State Assembly yesterday. How was it published in the media ahead of its presentation in the House, which has the right to know what reports the Commission submitted and what action has been taken by the state government?” he asked.

He said that he would raise the issue in the Assembly and seek a reply from the Chief Minister.