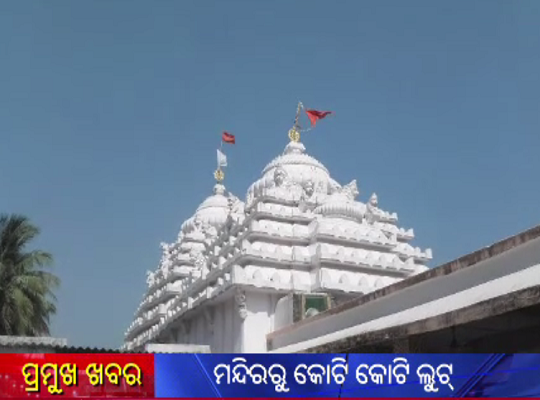 Kendrapada, Mar 29: Burglars broke into the Dadhibamana temple in Tamala Sasana village in the district late on Tuesday night and fled with idols and jewellery.

According to reports, a gang of robbers broke open one of the doors of the temple and stole the antiques including the statute of the Lord Radha Krishna and Lord Hanuman. The stolen antiques from the temple are estimated to be worth more than Rs 2 crore, said sources.

The priest of the 400-year-old temple discovered the theft this morning when he opened the temple for the rituals. On being informed, local police along with a scientific team arrived on the spot and started investigation.